Slammo Vs Spikeball – What’s the Difference?

The Main Differences between Slammo and Spikeball

Spikeball and Slammo are two terms used interchangeably for the same game and similar set for playing. You will oftentimes see either of these two games played in people’s backyards or on the beach, and now there are even outdoor tournaments being organized frequently.

Ever since becoming mainstream popular, Spikeball or roundnet is taking over the world. But where is Slammo in all that? And what is Slammo anyway?

Well, Slammo is just another name for a similar playing set for roundnet, but there are a few crucial differences that you need to be aware of if you are buying one of those sets. So, in order to pick the one that suits you the most, let’s break down what Spikeball and Slammo are in a quick review, and then we will talk about the two most in-depth.

With that said, let’s start with a quick preview of the most significant differences or similarities, to be precise. 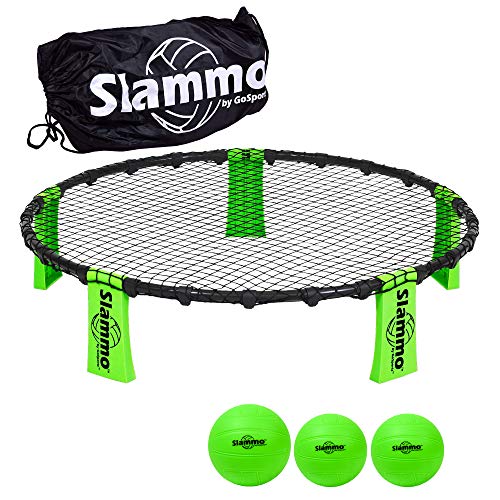 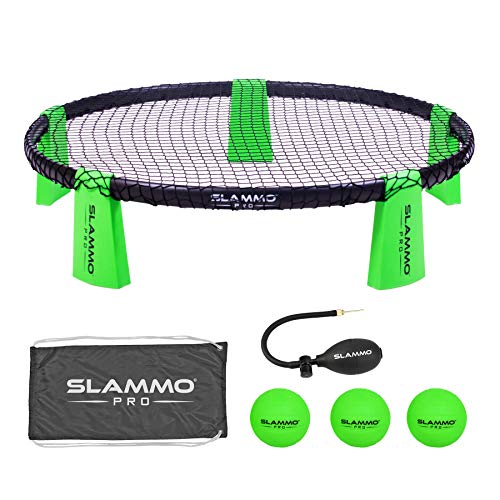 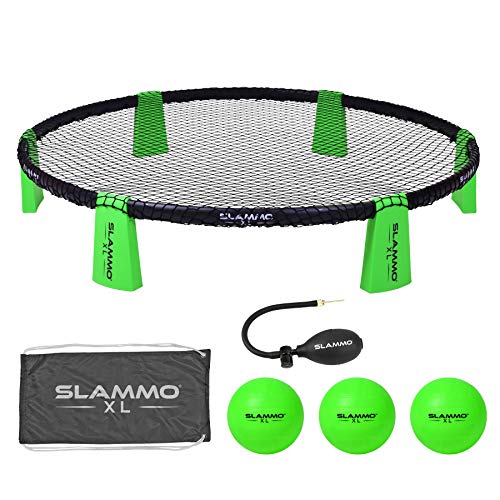 Slammo vs Spikeball: A brief history

Even though I’ve covered the in-depth history of Spikeball or roundnet here, let’s just go over the most significant data once again.

Spikeball and Slammo are both roundnet games, with Spikeball being the original since it was invented and sold on the market first. Ever since Spikeball Inc. had great success, many competitor brands started appearing with Slammo manufactured by GoSports being among the most popular alternatives out there.

When it comes to popularity between the two, Spikeball still holds the first spot for being the most popular, as shown in the internet search trends, which spike for Spikeball around the summer months where the tip for Slammo is nowhere near that number.

The Main Differences Between Slammo Vs. Spikeball Sets

Here are the several main differences between slammo and spikeball that, as an experienced player, you will definitely notice at first glance.

With such a design, you can fold and bend the set as needed, which gives you more flexibility, and it makes the set more durable. With adjustable legs, you can play on all terrains, including the uneven ones, so you have more freedom to play anytime, anywhere.

Slammo, on the other hand, has straight legs that cannot be adjusted, making it challenging to play on all terrains. With such a design, you will always need to find a flat surface for good gameplay. So, this would be an issue when it comes to the flexibility of the design.

Overall, depending on your budget and preferences, these differences might seem subtle or significant to you. But if you ask me to give a definitive decision, I would say Slammo is more for beginners, and Spikeball is for the experienced or those who want more out of their roundnet set.

The Main Similarities Between The Slammo Vs. Spikeball Sets

Now that we have covered the main differences and you know what to expect let’s see what these sets have in common so you can make an informed decision.

Slammo Vs. Spikeball: What to buy?

Which set is better is the big question now. But that’s also a question you have to answer for yourself given that you have both the differences and similarities laid out clearly, based on your preferences, requirements, and skill levels.

All in all, get Spikeball if:

Go for Slammo if:

So, the original Spikeball playing set offers better quality, but it costs more too, and its most significant upside is the fact that it can be adjusted for uneven surfaces. On the other hand, the Slammo may be a bit flimsy, but it does come with an additional training ball, and you are paying less for it. But both have a lifetime warranty, so you are truly getting your money’s worth no matter which one you go for.

I have also comprised the most frequently asked questions regarding how to play Spikeball and about roundnet in general in case you want to know more before you buy the set. 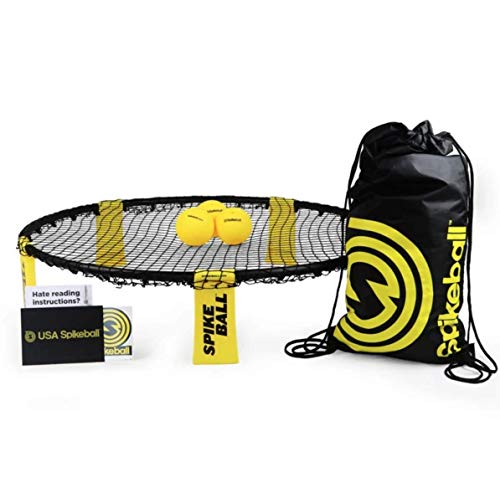 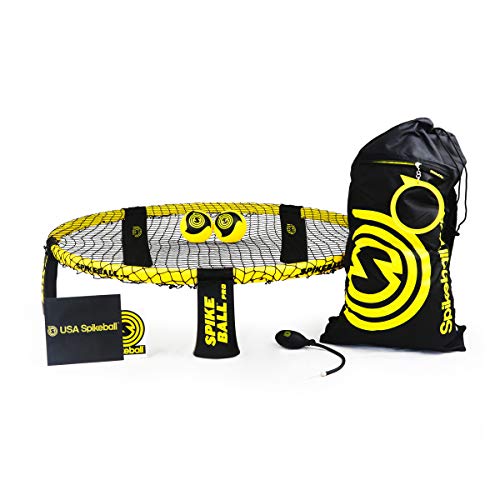 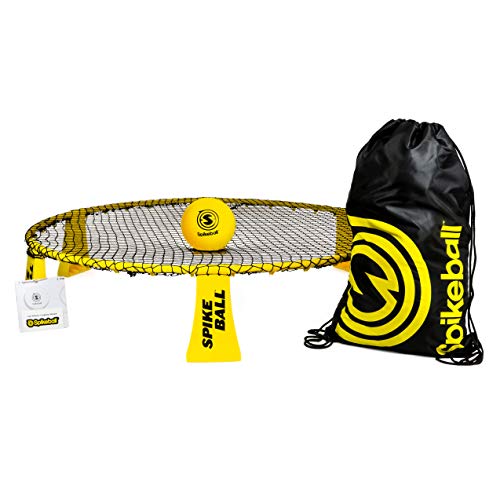 Amazon.com
Last updated on 15/04/2021 14:00
Table of contents
❤ I might earn a small commission when you make a purchase through my link, so that I can keep my site running and pay the hosting bill. Read my affiliate policy to learn more.
Buying guides
Paddle board reviews by brand
Sup board guides

Check out all articles →